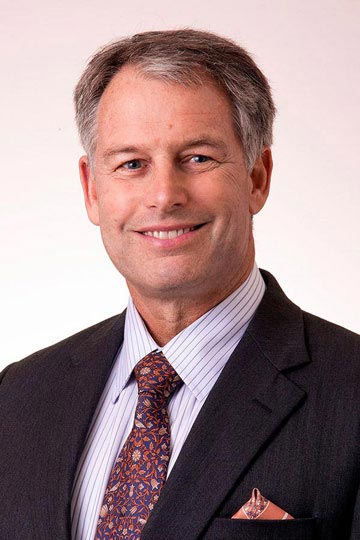 Dr. Klose received his college degree in chemistry at the University of North Carolina, Chapel Hill, and his medical degree from Vanderbilt University School of Medicine in Nashville, TN. He returned to Chapel Hill for residency training in urology which he completed in 1989. He was certified by the American Board of Urology in 1992 and was re-certified in 2001.

Dr. Klose has been with Carolinas Center for Surgery since 1992. Before that he practiced for four years in Tacoma, Washington, at Group Health Cooperative of Pugent Sound. He served in the United States Air Force for six years, trained as a reserve flight surgeon, was promoted to major, and stationed at Seymour Johnson Air Force Base in Goldsboro, North Carolina, and McChord Air Force Base in Tacoma, Washington. He also participated in Operation Desert Storm in 1991.

Dr. Klose has served as Chief of the Medical Staff at Carteret Health Care and has had multiple tenures as Chief over the Department of Surgery. Dr. Klose practices general adult and pediatric urology and has special interests in men’s health, prostate cancer, kidney stones, and urinary incontinence. He especially enjoys participating in the American Cancer Society’s monthly prostate cancer support group, Man-to-Man.

Dr. Klose grew up in Greenville, NC. He and his wife, Dr. Mary Katherine Lawrence, live and work in Morehead City and Jacksonville with their 3 boys. Together, he and his wife, helped create the Broad Street Clinic in 1992 and continue to volunteer there each week to provide medical care to the county’s medically uninsured and underserved. Dr. Klose plays the sax and serves as president of the county community band, the Sunshine Band. He also enjoys running and restoring vintage automobiles and motorcycles.

Appointments with Dr. Klose are Available at the Following Locations:

Specialties at this location: Urology and Men’s Health

Request an Appointment with Dr. Klose